Lennie Alzate has been a Bankruptcy Attorney since 2011. She received her bachelors degree in psychology from the University of Nevada, Las Vegas. Lennie received her Certificate of Global Legal Studies after studying comparative law at the Zhejiang University Guanghua College of Law in China through Thomas Jefferson School of Law. She also graduated from the Judge Advocate General’s Legal Center and School, United States Army in August 2018. She is currently a Captain in the United States Army Reserve and a JAG Corps. Attorney. 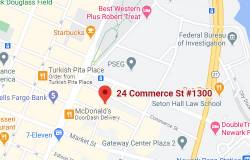